Our last day in Indy!

Welcome back my friends!
If you remember, last on our anecdotal time travels we were in Indianapolis, falling asleep after an abysmal "open" mic and a fun tea time living room performance! That takes us to Thursday, February 28th, the last day of the shortest month our year has to offer! You may be able to peer through the window of the charming little home and see us waking now!
We wake up and I take a shower and finish reading Hemingway's Nick Adams Stories. I really enjoyed this collection and it got me in the mood to write, camp, and fish. Amanda woke up and since she had the day off she would spend it with us before we boarded the bus at two for Chicago! To fit with the trend of odd coincidences, she offered me an awesome Hemingway mug full of coffee (pictured below) inscribed with the wise quote: "never confuse movement for action"! I immediately took action to make movement by drinking the coffee and got moving excited to see the action of the day! We had a breakfast of vegan bagels, showered, packed and headed out to see Indianapolis!

Amanda took us to a charming used bookstore called Indy Reads, that I was enamored with immediately. It is a charitable non-profit (as most non-profits are), that donates all their money after overhead to supporting several adult literacy programs! I ended up caving and getting three titles from its long dusty shelves with bellies full of yellowed ancient volumes of several old editions from every genre and almost every author thinkable!
"The Halloween Tree" by Ray Bradbury
"The Red Pony" by John Steinbeck
"Running With Scissors" by Augusten Burroughs

The total was something nominal like ten dollars, We saw Kerry come in before we left and we thanked her and hugged and said our goodbyes! I took a sticker and we went on our way to several different second hand stores, where Alexa wisely got a sweater in preparation for Chicago! We entered an adorable independent toy store littered with musical instruments that Alexa was in love with and cool historical characters and quote stationary that I really enjoyed, Amanda shared a lot of the history and nightlife and culture information about the area with us!
There is a strange sort of technological perpetual motion box that is a bunch of animated lights in the form of a dancing woman called "Anne Dances" and she evidently even has her own twitter page...eerie but cool. My favorite thing was seeing the huge Kurt Vonnegut mural on the side of this building that I took several pictures of. He was a fantastic author and thinker and very funny, I'd count him up with my favorite writers and it was nice to see his amiable smirking countenance celebrated in his home city. There was supposedly a restaurant called Bluebeard's (named after his novel, not the metal head celebrity of Sweet Nothing's fame) but we didn't get to go! Right before we left for the bus we went into a Cajun/Creole place that Amanda suggested called Yaz, and I got Crawfish and rice in sauce and it was amazing! We boarded the bus and said goodbyes, again feeling like we had known each other for years and wishing that we hadn't had to leave so soon.
From Indy to Windy!
-AllOne 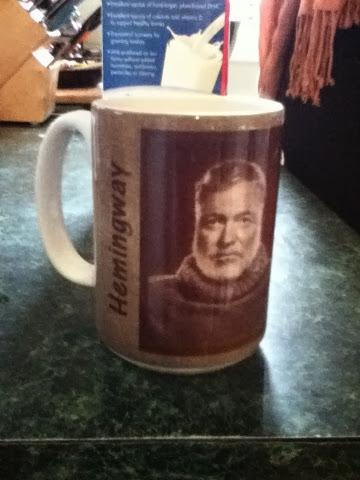 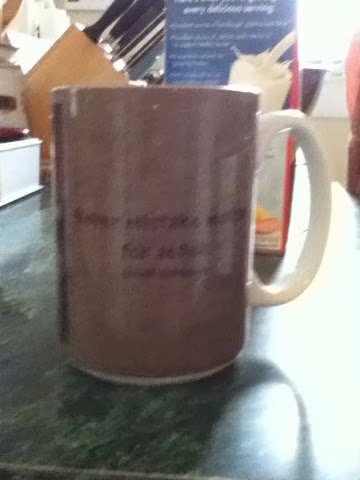 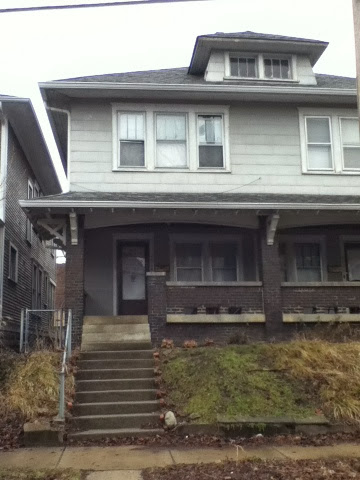 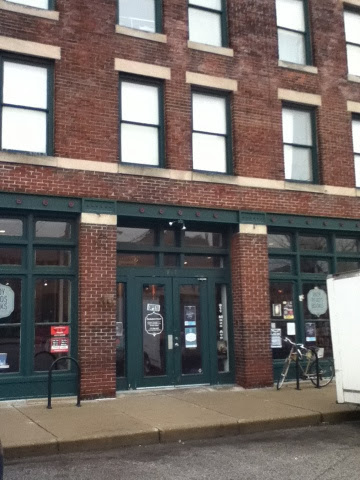 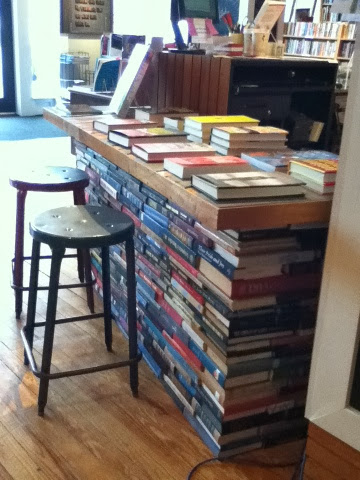 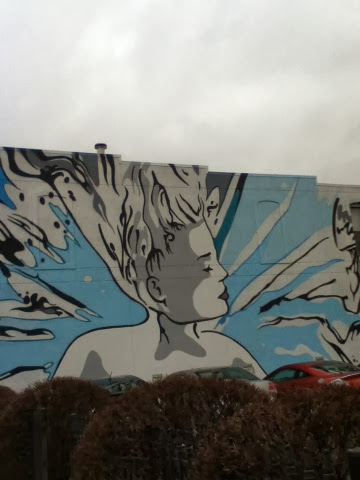 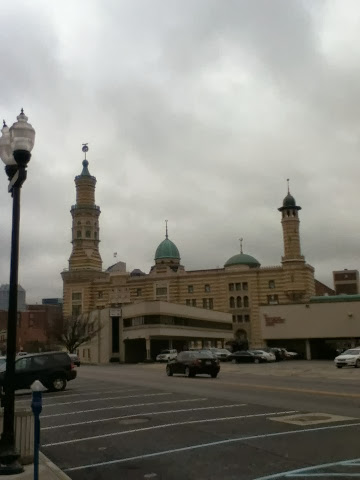 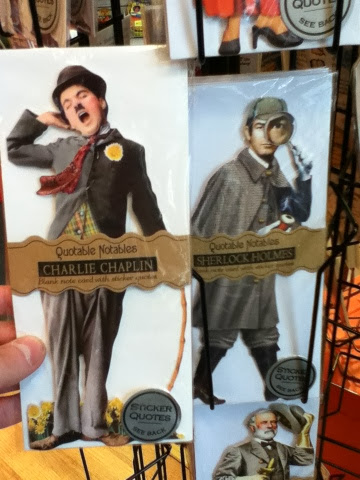 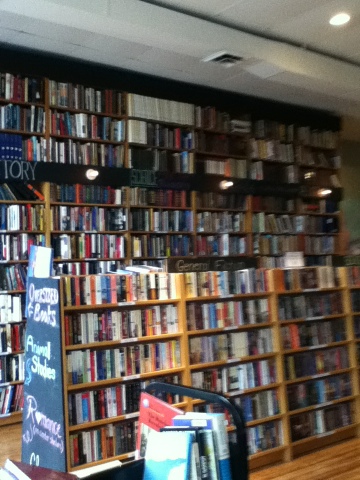 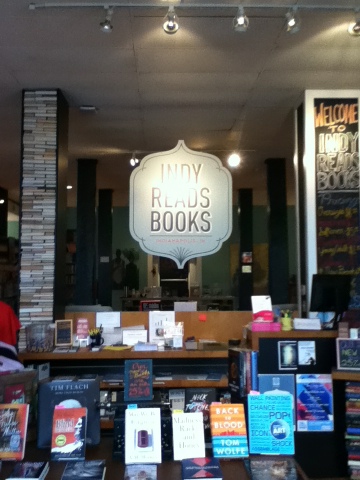 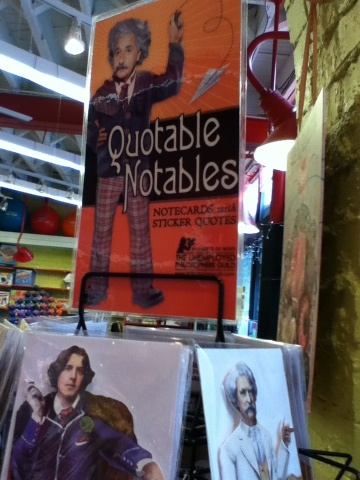 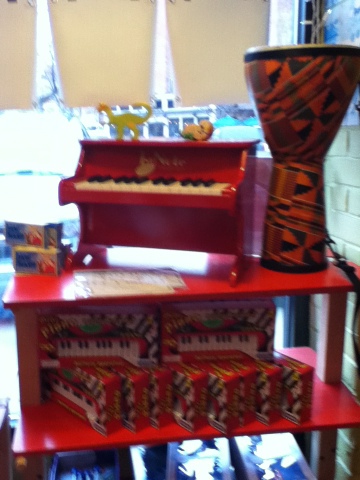 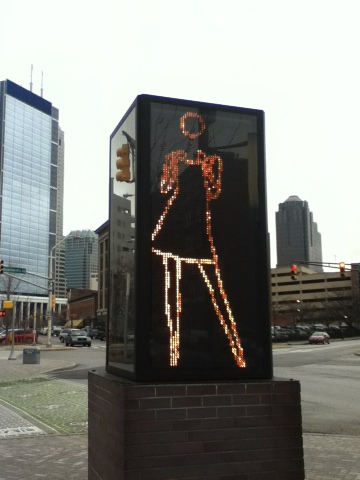 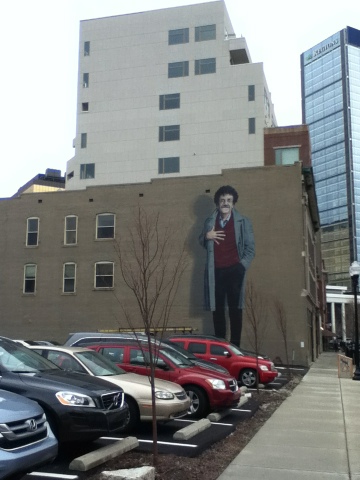 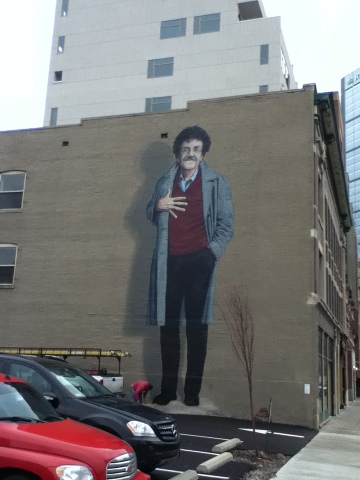 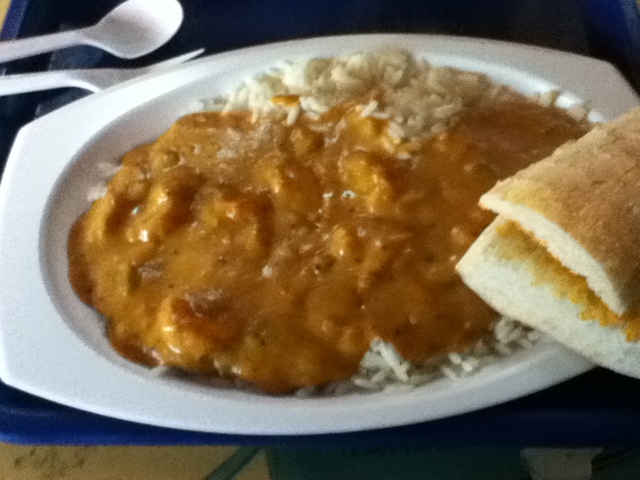 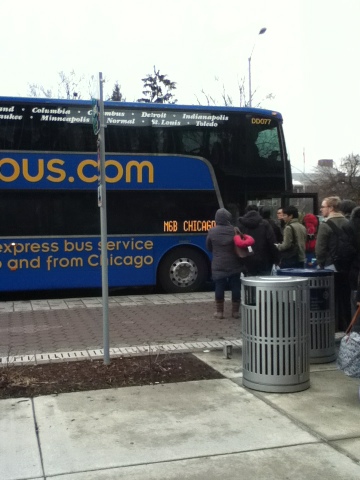 Posted by AllOne at 5:14 PM No comments: