Our fatigued and unsettling first night in Chicago

Welcome back AllOne Family!
It has been 8 months since returning from the tour, and a wild and busy 8 months it has been! I will keep you updated on current things now that I've revived the AllOne Network, but first, we must finalize the chronicles of the Little Piano, Big Mouth tour! So lets begin the story of the last five or six days of the trip!
When were we? ah, the night of february 28th!
Where were we? On a frigid bus from Indianapolis to Chicago!

The Red Line Tap
We arrived quite late and took an odoriferous train to a venue called The Red Line Tap!
This was a small, dim lit bar with an eclectic and active open mic scene, we both performed which recieved generous responses, some people took stickers and bought CDs.  Someone suggested I have a style similar to Tim Minchin and suggested I look him up.  I know now that this was an odd comparison but a compliment.  Some of Alexa's school friends came to meet us, and they were very kind.  The night grew later and we grew more tired.  If you are ever in the area, definitely check out Red Line Tap for open mics, it was in an unassuming spot but it was a lot of fun and the people were nice!  I still get emails from them and it would seem they have events weekly.  Eventually we bid the venue and it's attendants and our new friends "fair well" and waited to get on the train.  After a twenty minute train ride on which a homeless man who bore an almost tangible odor of urine and feces begged for money from us, (a stranger-neighbor nearby conceded, simply to rid the car of his vulgar fragrance), we boarded a sketchy bus to our host's place about a half hour away at one in the morning.

An Unsettling Bus Ride
This bus ride was honestly the scariest part of the entire tour.  It was freezing cold in Chicago, and we were dead tired, it was around 1:00 am.  We were in a bad part of town on a public bus, two exhausted odd looking and innocent stupid tourist looking people with a briefcase, a toy piano, backpacks and luggage.  Everyone on the bus looked super angry.  I was sitting almost knee to knee with a guy who held a garbage bag tight, wearing a long necklace of colored and labeled vials full of liquid.  People would come over and a mumbled discussion would ensue regarding the contents of the vials, some recommendations would happen, sometimes the vial-peddler would uncap one and allow his potential patron to whiff its contents.  He'd reach into his bag and sell the person a vial.  I stubbornly and doggedly avoid eye contact with anyone.  A woman sitting several seats in front of us had an old and gray piece of meat in a bag and was trying to sell it.  She ranted on about the unfairness of the government and welfare.  Her frantic volume and fervor on my left, was eventually outdone by a man on his phone screaming enraged and emphatically about how he was going to "beat the shit out of some motherfuckers or kill them tonight"  the "N" word was thrown about a lot.  My exhaustion only lent to the surrealism of this seemingly endless freezing and alienating journey.  Finally, about 2am We were let off of the bus and walks a few blocks to our hosts, who we waited for outside their apartment building until they rode up and let us in.

Disappointing Hosts
If you've been following these records of our trip, you'll know that we'd had almost zero problems while Couchsurfing.  Everyone has been thoughtful, accommodating, generous, inspiring and sensitive to our needs.  A month into the trip, we had our first truly off putting experience, and, for you pessimists out there nodding while reading this, one might be surprised it didn't happen sooner.  I should say that our hosts were not malicious at all, just not fitting to be hosts to travelers seeking respect, privacy and comfort.  We were greeted by a group of college students in their early twenties.  We were led up a winding set of stairs of cumbersome stairs and no one asked either of us if we wanted assistance with our burdensome luggage. We were led into an apartment reminiscent of a cross between a crumbling old loft in New York and a college dorm room bachelor pad.  We were introduced to the four of them and thanked them for their hospitality.  Alexa and I were directed to couches we'd sleep on in a living room.  We were eager to sleep.  They talked loudly asking a lot of questions, bragging about having nearly been kicked out on numerous occasions because of the parties they threw where people were dozens of people were cramped into the space and  debauchery ensued.  Almost simultaneously two of them began smoking with the windows closed.  After several minutes of coughing, Alexa asked them to at least open a window.  Alexa and I attempted to get settled and dropped social cues that we were ready for bed.  Whether from aloofness or rudeness they ignored our subtleties and any manners of or matters of privacy and fired up a game console and put on some dubstep music blaring from the adjacent room.  They began playing a loud soccer game, chain smoking, drinking, talking and blasting music in the same room while we attempted to sleep for the next several hours.  Remembering one of my friends from the Cool Beanz era, Ariel, lived in the area, I sent her a text message immediately hoping to find lodging somewhere new for the next night of our stay.  It should go without saying that almost anyone especially road weary guests, would be uncomfortable in this situation. We slept fitfully and woke up at 7:00 am to the first day of March.  We packed our bags and left without leaving a note, unsure if the door even literally locked behind us, but certain that it did figuratively.
We looked forward to another day and the hope of finding a new home, and we did what any momentarily homeless independent traveling artists would  think to do.  Went to Whole Foods.
Thanks for joining us... tune in next time!
-AllOne
p.s. Remember, if you are going to invite people to your home, be sure to be prepared to do so appropriately! Beggars can't be choosers, but why give them poor options? Don't beggars have it hard enough? 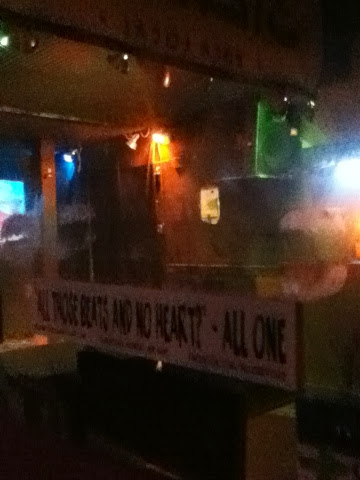 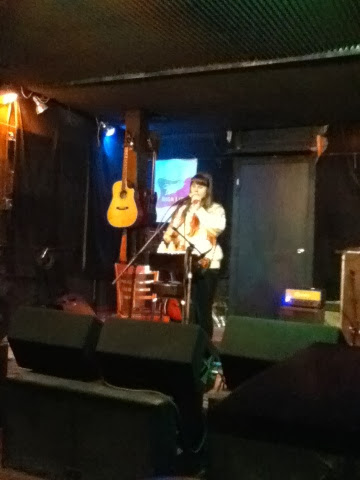 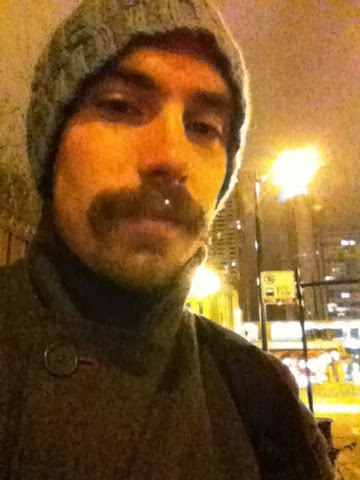 Posted by AllOne at 1:22 PM No comments: