Hard to believe it's 2015 already, although it is easier for time to seem like it happened quickly AFTER it has transpired.  I hope ya'll have had a safe, memorable and happy time celebrating!! I want to thank all my family and friends new and old for contributing to a special year for me! Anything you're proud of that happened in 2014? Anything you're hoping to accomplish in 2015?
Here are some resolutions/goals for 2015:
-Finish and release both the "Rapologues" album and my first book "Water Coolers & Campfires"
-have more of my work published (poetry or prose)
-Make an official AllOne website
-Release more video content (of all sorts)
-Continue to read/Write/workout every day
-Spend more time with family
-use my phone less and/or more like a phone
-learn from everything/everyone
-be loving, gentle and present
-be open to new experiences
-don't fear failure, only inactivity

2014 Recap:
2014 felt like a really transient and active year.  In no particular order here are some events that occurred immediately stand out to me I'm proud of: 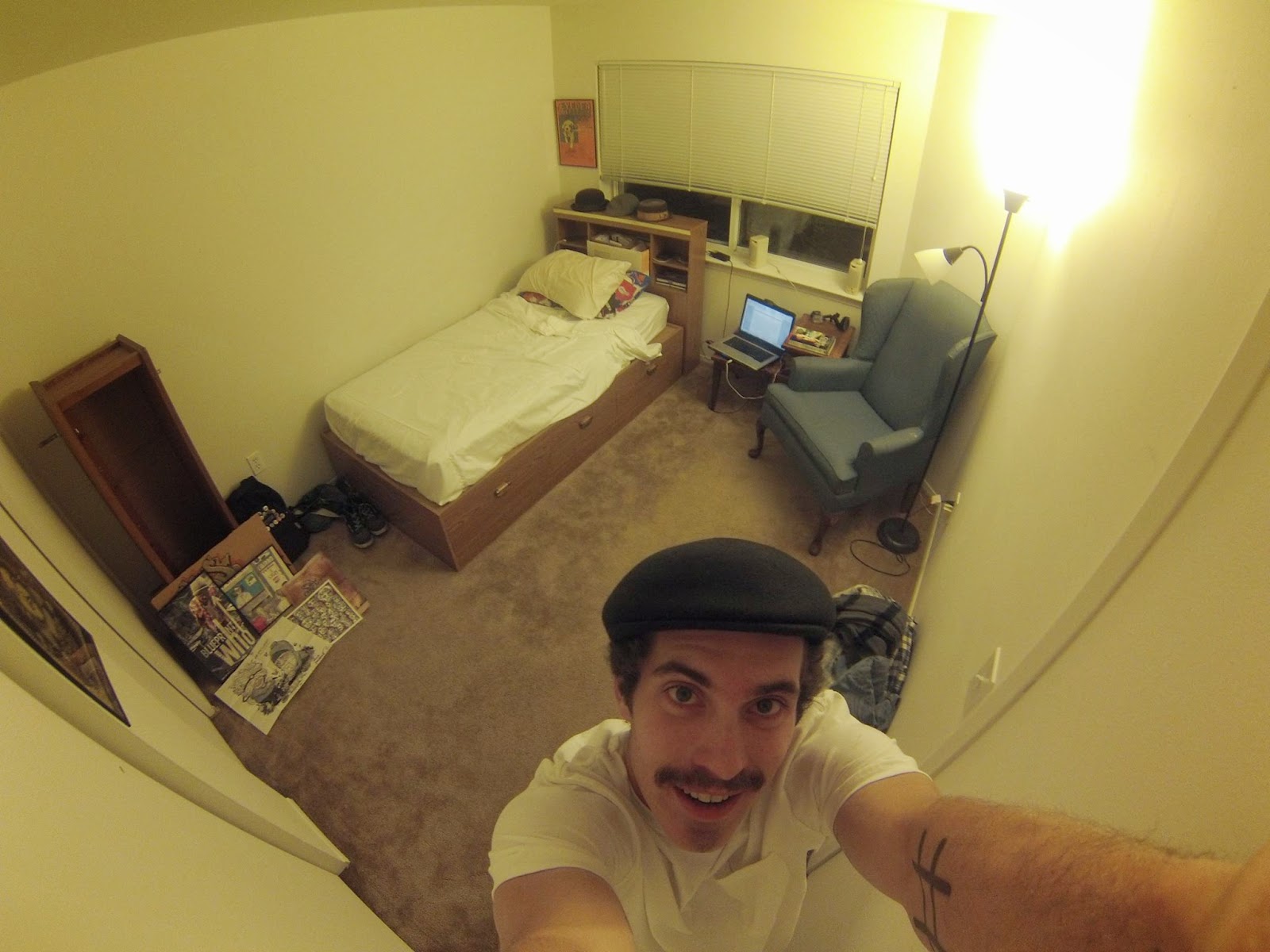 **In the fall I moved into a new house, my first consistent/reliable residence in a while with two great friends for roommates, whom I can write and make music alongside in a comfortable and friendly environment! 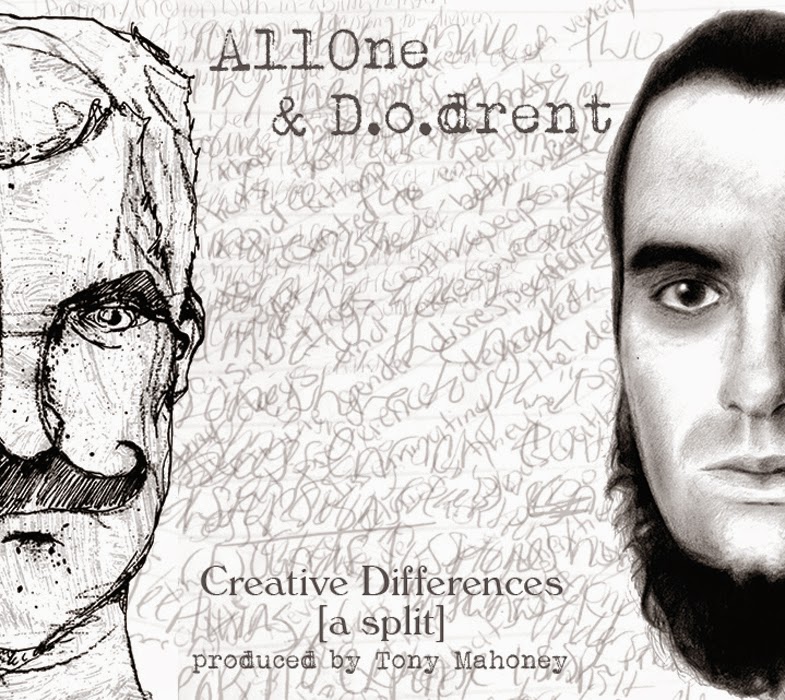 **Released a new AllOne// D.o.drent// Tony Mahoney album "Creative Differences (A Split)" with Owen Dodrent Lefebvre, performed with him and got to know him a lot better.  The release show for this was absolutely phenomenal, so momentous!  By the way, the project is now available on Itunes as well for you apple owner's convenience...Creative Differences Itunes Link HERE

**I stuck with my dedication to traveling as much as possible during long and short tours nearly every month. probably 2-3 months collectively out of state, The Onederlust tour was the biggest trip of the year (and my biggest solo venture yet!) and took me around and of the country to Canada and thanks to the generosity of so many good people, it was a beautiful experience and a huge success! 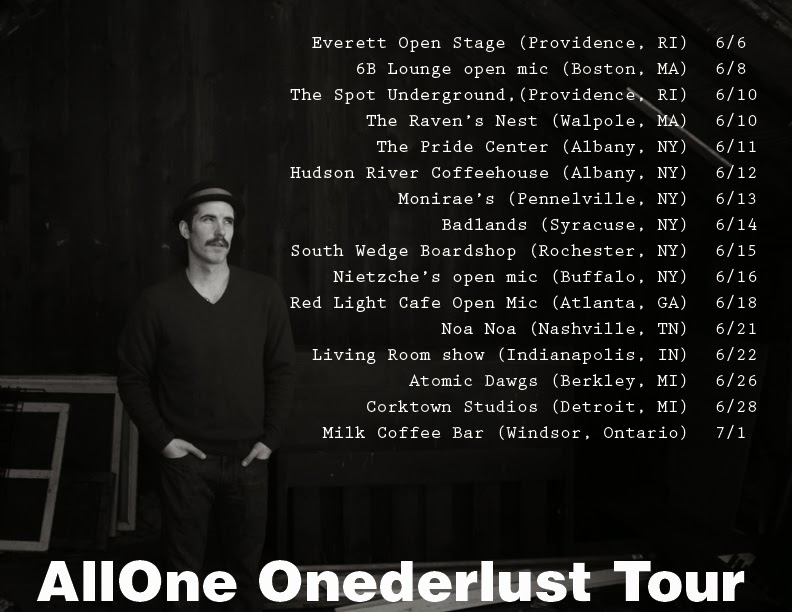 **Wrote a lot of songs/poems/prose finished writing a few albums/EP's I was working on (Including collaborating with my buddies KNife & Miggs (check out the experimental track "Least Informed" that I contributed my poem "anti-social-net-work-ethic" to from KNife's new album "ICONOCLAST" ) and also this track "The Hunger" with E.B. Phillips. 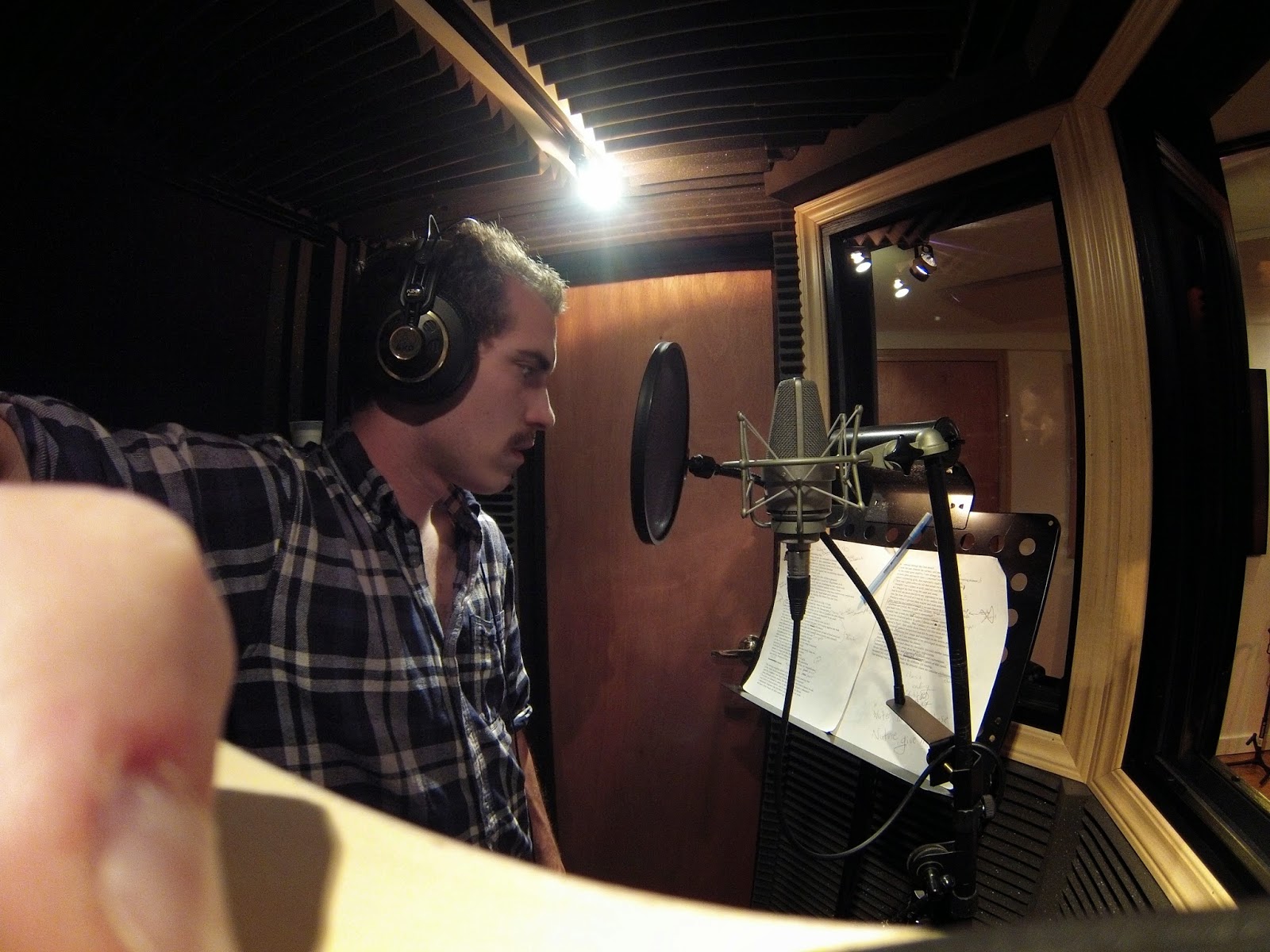 **Helped see Andrew Mesmer's first show "Believe Me, You Won't"  finally come to fruition, which was a hell of a journey and a brilliant and successful event! Read about that here. 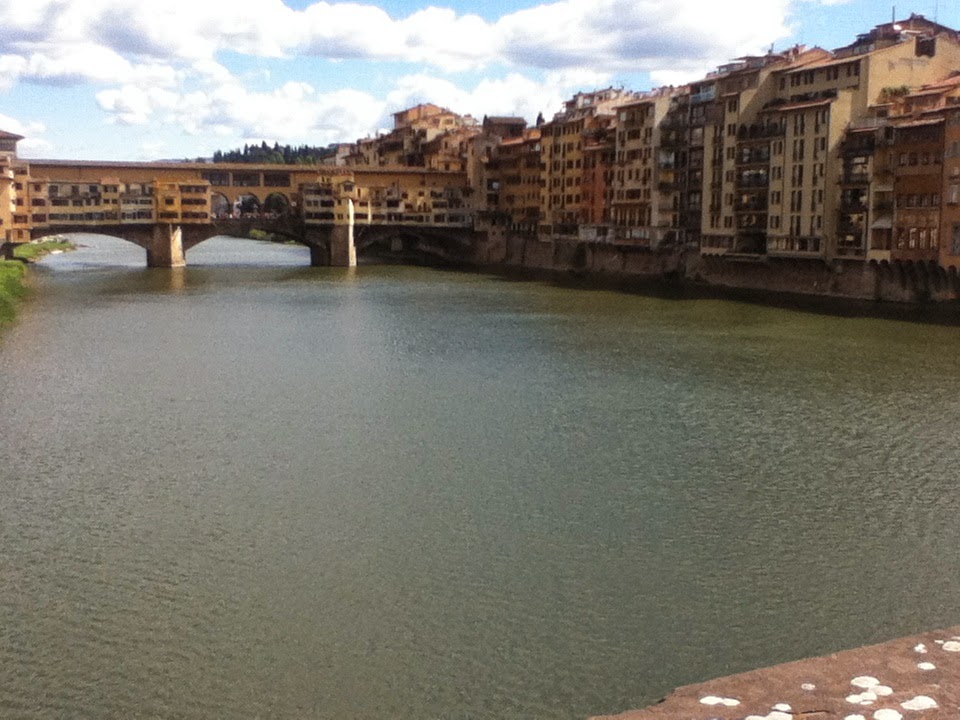 **Went to see Italy for a week with family for the first time.  That was an awe-inspiring event that produced a ton of emotions and writing...you may see some inspired works in "Watercoolers and Campfires"...

**Exceeded 1,400 fans on the AllOne Facebook Page (The location of the attention and the number may sound trivial, but it is a surreal representation of a beautiful net of support I never would have expected and that I'm always baffled by and grateful for!)

**Made my first radio appearances (and several thereafter on WUSB) thanks to Jim Davis and Say Whats Radio with Kaila Mullady. Listen to Kaila and I doing an adaptations of "Work In Progress" and also remixing the "Fresh Prince Of Bel-Air theme".  Also, thanks to my dear new friend, Chicago's own beautiful Jenna Anast, whom I met and befriended while on the AllOnederlust tour and who showed me around and invited me on her radio show in Chicago at one of the universities!!

**Filmed and released a few more videos thanks to Sean Ageman and Washed Up Media as well as Kristine Clifford and Dan Pritchard.  "Building After Buildings" and "Termagant" are the two most notable and almost cinematic poem-videos from the bunch.

** Books I read in 2014:
White Fang by Jack London // There's No Such Thing As Far Away, Biplane, One and Hypnotizing Maria by Richard Bach // Armaggedon in Retrospect and Welcome To The Monkey House by Kurt Vonnegut // Zen In The Art Of Writing and One More For The Road by Ray Bradbury // The Tipping Point by Malcolm Gladwell // The Wayward Bus by John Steinbeck // 23 Shades Of Black by K.J.A. Wishnia // Journey To Ixtlan by Carlos Castenada // Hip Hop America by Nelson George// V for Vendetta, From Hell and The Watchmen by Alan Moore // The Complete Classic Illustrated Sherlock Holmes by Sir Arthur Conan Doyle // Y: The Last Man by Brian K. Vaughan// Binary by John Lange ( Michael Crichton) // Green Hills Of Africa by Ernest Hemingway // Wildwood Imperium by Colin Meloy // The First Men In The Moon by H.G. Wells // McSweeney's Quarterly Concern issue 13 // Doctor Sleep by Stephen King // Arabian Nights // Chicken Soup for the Soul (Inspiration For Writers) // Kidnapped by Robert Lewis Stevenson // This Side Of Paradise by F. Scott Fitzgerald // The Lovely Bones by Alice Sebold // Egghead by Bo Burnham // Witches Of Eastwick by John Updike // Heart Shaped Box by Joe Hill // 5 works by John Leguizamo // Flint by Louis L'Amour // Ragtime by E.L. Doctorow // The Burden of Proof by Scott Turow

**Most importantly I've spent a lot of time with family and old friends, exercised, adventured, read and wrote nearly everyday and I've met so many new and inspiring people that I'm happy to call my friends and been motivated by all of the new lives and stories I've encounter. **
This has been an enriching year...Thank you all so much, let us all continue to build toward our goals and ideals, while shaping sincere relationships with one another.  There is no possible way to get anywhere enjoyable without the help and love of others (that goes both ways, you must love and help others as well!)
Always be loving, Always Love being!
Sincerely yours,
-Bruce "AllOne" Pandolfo 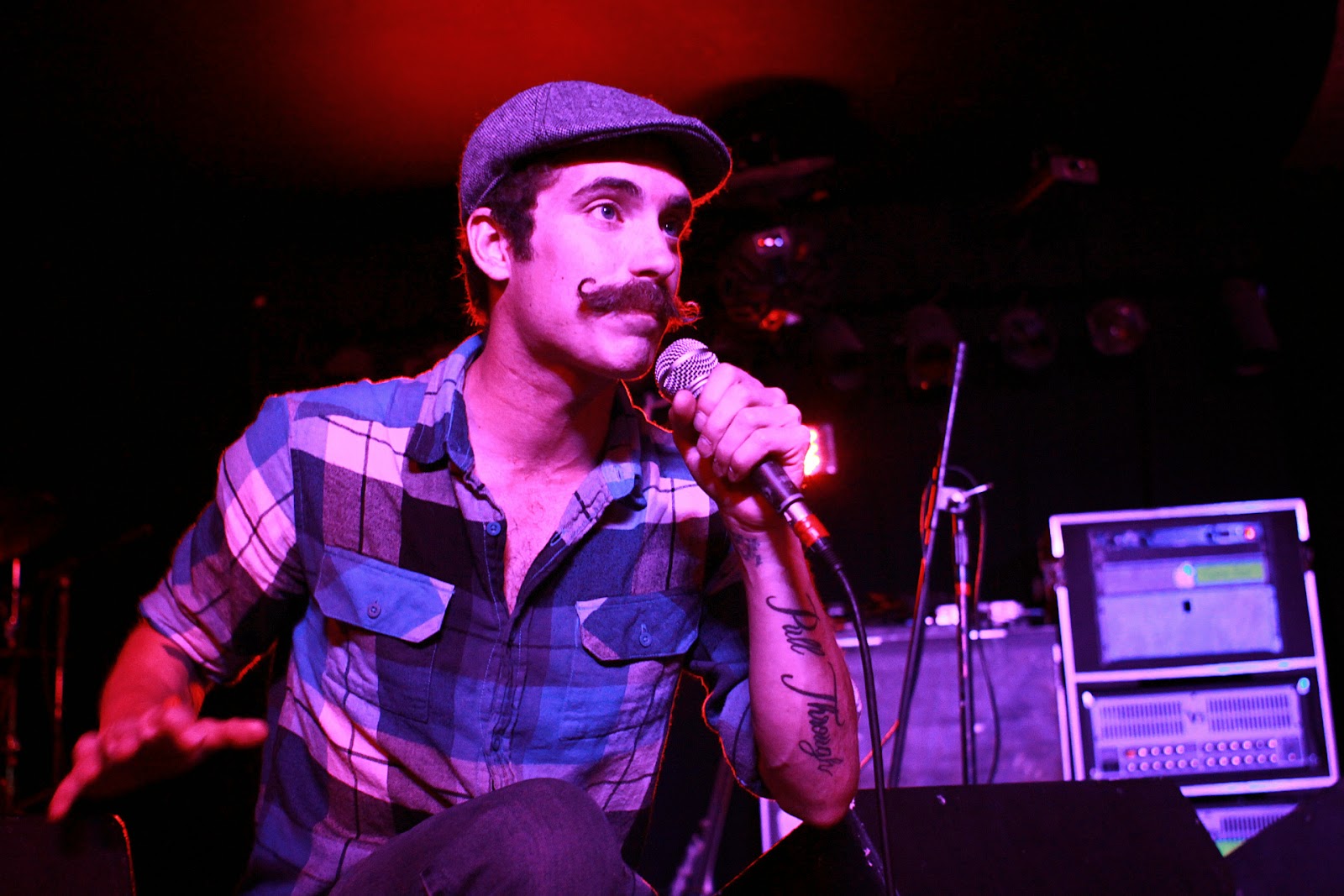